In honor of the 30th Anniversary of Michael Jordan’s First Olympic Gold Medal in 1984, Rare Vintage Wear is proud to provide you with a sneak peak of our upcomming collaboration with Starter.

The summer before his NBA debut, Michael Jordan played for Team USA during the 1984 Summer Olympics in Los Angeles. He would go on to win his First Olympic Gold Medal along with future Dream Team members Patrick Ewing and Chris Mullin. Jordan averaged an Olympic Career High 17.1 Points per game during the 1984 Olympics.

Rare Vintage Wear teamed up with legends Starter, to design a limited edition hat that honors Team USA and MJ. The Starter Snapback features a Vintage USA Olympic patch from 1984! That’s right, every hat is handcrafted with a 30 year old patch, making the hat a vintage collectable with style.

The Starter hat is limited to 24 pieces; its relase is set to coincide with the 2014 Winter Olympics in Sochi this December. Stay with Rare Vintage Wear as well keep you updated on release information and how you may be able to score the limited edition hat before it releases! 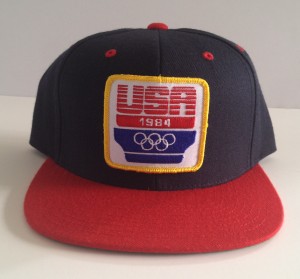 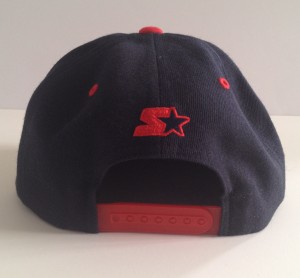