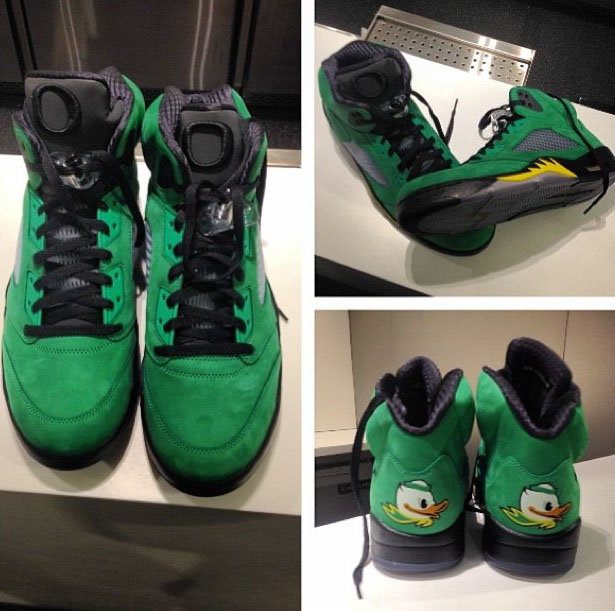 If you don’t understand how big the athletic sneaker industry is in 2013, you’ve either been living under a rock or only wear Crocs.

Sneakers are fetching extremely high average prices at retail and even more rediculous prices on the secondhand market. If you don’t believe me go to eBay and type in Nike Air Yeezy… In 2013, there is most certainly a divide from the older “sneakerheads” and the younger “hypebeast” crowd.

Over the past few years, one of the most popular series of virtually unattainable sneakers has been the University of Oregon Air Jordan Retro line. Since the university has close ties with Nike, football and basketball players have received several limited edition Air Jordan models as “gifts”. 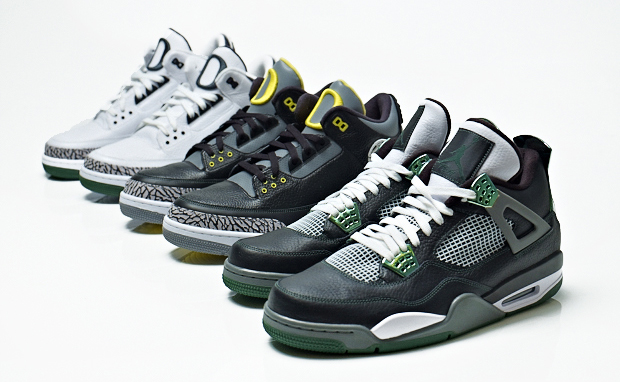 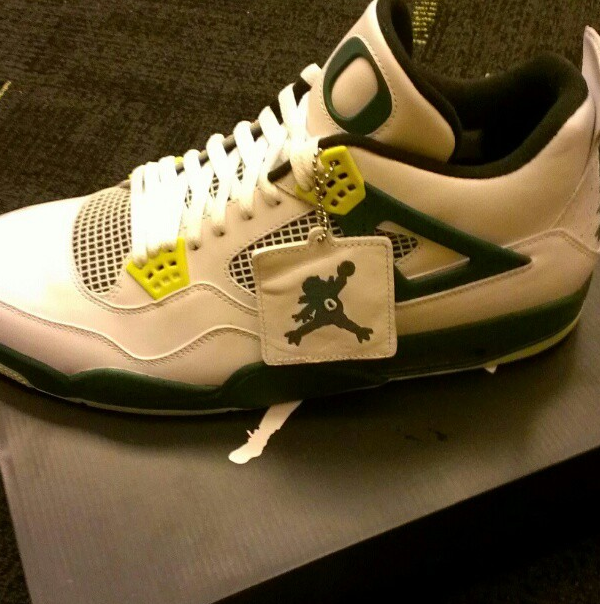 The entire University of Oregon Air Jordan set never released to the public, making them extremely desirable to sneaker collectors. All four pairs of Jordan III & IV sneakers sell on the second-hand market for atleast $1000-$7000+ depending on size and condition.

Last night, images surfaced depicting a new University of Oregon Air Jordan V Retro decked out in green suede. The images created a strong buzz among the sneaker community; shortly after, the University of Oregon came forward with an announcement reguarding several players & former players selling team-issued apparel over the past year.

Basketball players Ben Carter and Dominic Artis will be suspended for several games this season. In addition, the money they earned from selling team apparel must be donated to charity. Its been reported the duo sold basketball shoes, presumably one of the many University of Oregon Air Jordan editions.

Were they wrong? Can you blame them or the current sneaker market? I was a college student a short time ago and if I had the oppurtunity to sell a pair of sneakers for $5,000, well they would be listed on this site! This also adds to the argument as to wether or not college athletes should be paid. We all know student athletes get certain benefits but should having $5,000 sneakers at their disposal be one of them?