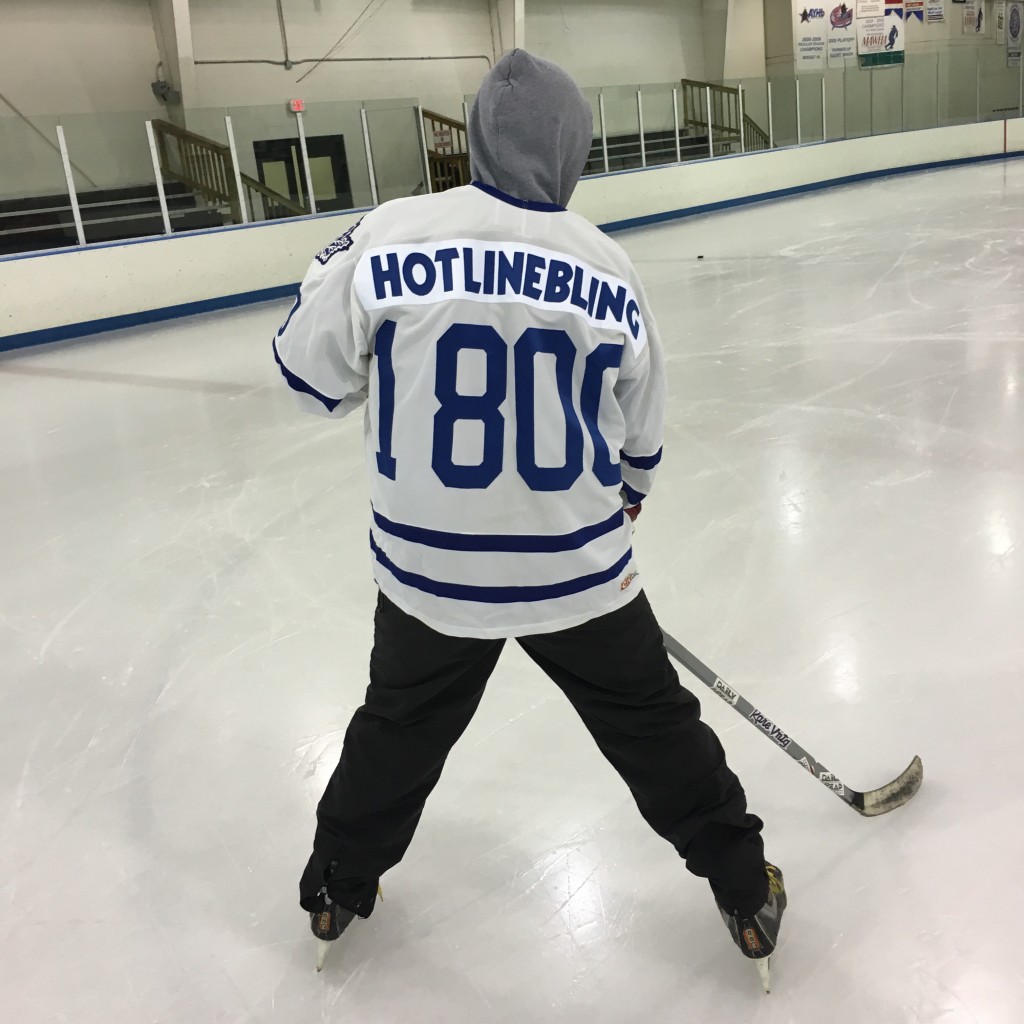 And I know when that…

You know the rest.

Drake’s single “Hot Line Bling” released this past summer and has been stuck in most of our heads ever since. The song reached number two on the Billboard Hot 100, gaining more popularity after Drake released a music video for the tune in late October. It was only right to pay homage to the Canadian hip hop star with a custom vintage Toronto Maple Leafs Jersey inspired by the song. 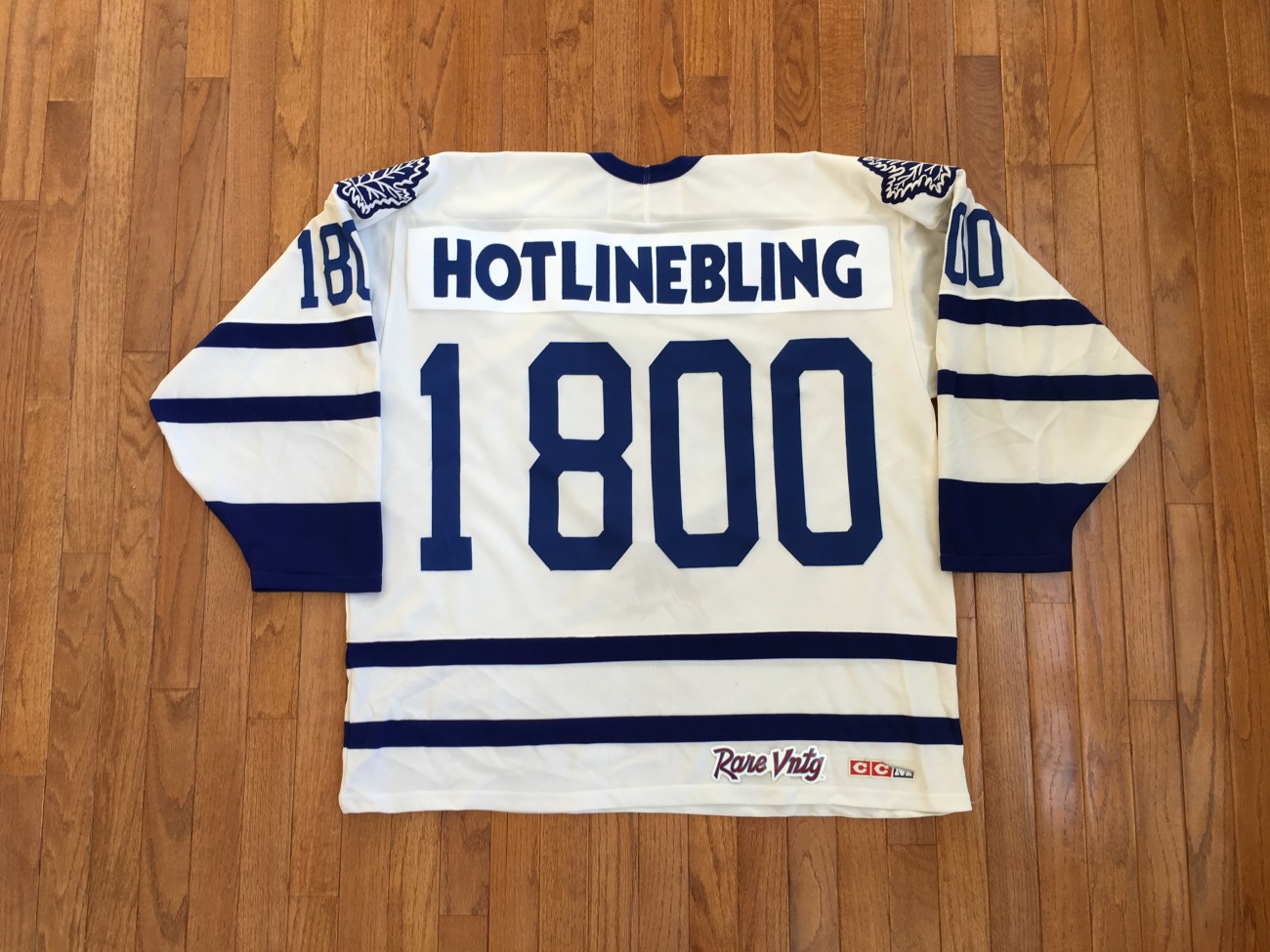 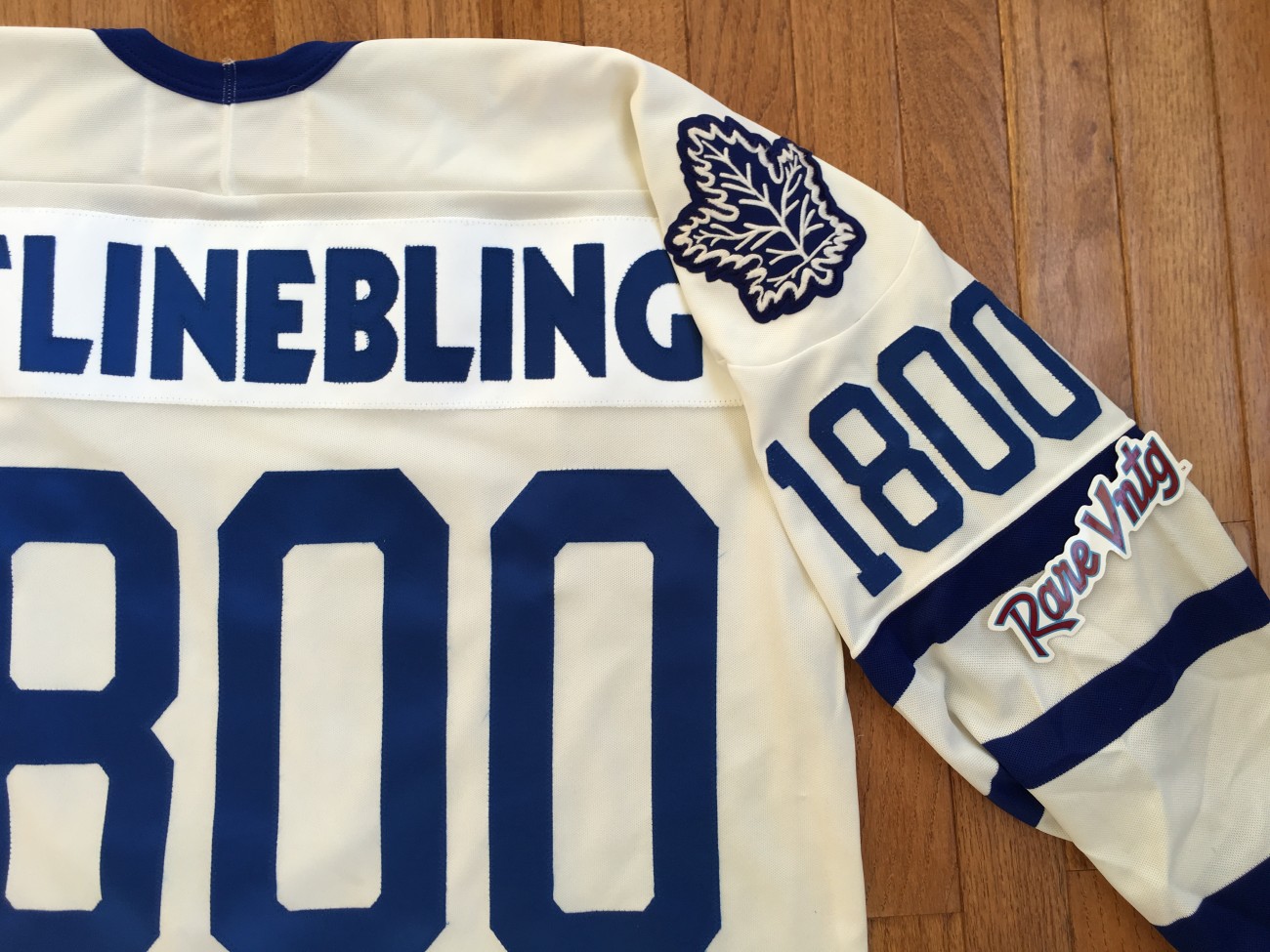 The original Maple Leafs jersey is from the early 90’s and features authentic tackle twill name and numbers sewn on the jersey, a true one-of-a-kind piece for Drake fans!

The jersey is a size XXL (we need to use a bigger jersey to fit all those numbers!) Click here to purchase this jersey